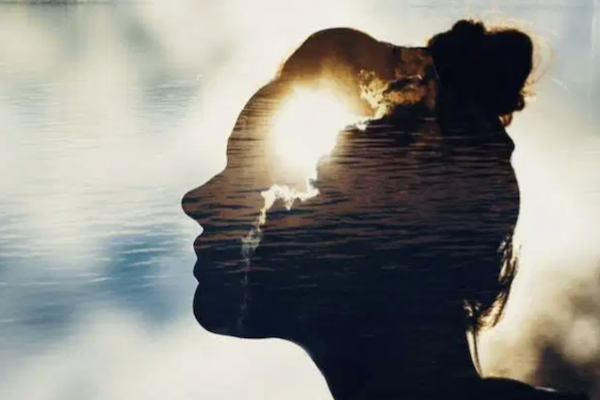 I recently attended the TrainingPeaks Endurance Coaching Summit in Boulder. One of the keynote speakers was runner and researcher, Alex Hutchinson. (Learn more about him and his blogs and books: www.alexhutchinson.net and www.sweatscience.com)

His latest book is called “Endure mind, body, and the curiously elastic limits of human performance”. His talk was eye opening and inspiring. This article is based on his keynote speech from the coaching summit.

What defines our outer limits? What is holding us back? Can we change these limits?

Both the mind and the body influence our limits as endurance athletes. The brain acts in a protective capacity by telling you to stop if it senses you’re going too far or too hard. When our muscles fatigue, we feel a sense of increased effort and we then make the decision to slow down or to stop. But, can we alter this sense of effort by using “other stuff”, such as coffee that can influence our subjective perception of effort?

Here are some concepts that can help you manipulate your sense of effort:

This theory works like this: If I’m happy, I smile. But, if I smile when I’m feeling bad, I will also feel better. How we feel is influenced by what is going on in the mind. When we feel good emotionally, everything feels easier.

When you’re surrounded by people that support you and what you’re doing, you have a greater sense of well being, thus your perception of effort decreases.

This is where technology comes in and the science is strong. There is a device that can tweak the brain to change our limits of perceived effort. A weak electrical current is applied to the brain to influence and alter perception of effort in one specific area of the brain. Rating of perceived effort is easier with specific brain stimulation. (www.haloneuro.com)

(this is where increased effort applies – opposite effect)

Pain tolerance can double when exercising in the company of a group or team. Your ability to sustain a given pace or effort feels easier and more doable when done in the presence of others.

Mental fatigue increases your sense of physical effort. Mental freshness enhances physical performance. This is where regular recovery and taper are important for your ability to train and race hard.

Belief is the true performance enhancer. Be aware of your internal self-talk. Do you really believe you can complete that workout or achieve a race PR? In one study, athletes repeated: “this is the moment I’ve trained for” through training and racing. Their endurance increased by 39%. Eliud Kipchoge who just broke the 2 hour barrier in the marathon, tapped into the power of his mind to achieve this ultimate goal. Two other runners in the Nike program weren’t as strong mentally and ultimately allowed Kipchoge to be the first.

This is one most of us have used and known for a long time. Listening to your favorite, motivating music helps you feel better and perform better.

The power of your mind can work strongly against you or strongly for you. Believe.

Amateurs pay trainers to enter marathons with them; ‘like a little concierge service’ By Hilary Potkewitz for the Wall Street Journal, October 15, 2019 Diane Reynolds had been racing for a few months when she won her first amateur cycling event, the Farm to Fork Fondo near Upstate New York’s Finger Lakes in August. She […]

Cold and flu season has arrived. When you’re feeling under the weather, is it best to train or not to train? What does the research say? Scientists have been looking at this issue for many years and some good information has come from their research. In one study of mice, one group ran to exhaustion […]

My initial response to this question is YES. But, that’s the simple answer. The more complicated answer is: it depends. Read on for 8 tips on how to understand which factors matter for you, how to get more out of your warm up, improve race results and learn sample warm up strategies for your next […]

Looking to get faster in your next big triathlon? Integrating speed work or interval training is a key factor in this quest. In this post, I focus on run and bike workouts specifically as swimming favors interval training year round. When to start incorporating interval training depends on your “training age”. By this I mean, […]

The cold and flu bugs are lurking around every corner this winter and our immune systems have a hefty job to keep us healthy. As endurance athletes, we’re all healthier on one had, but also more vulnerable to upper respiratory illness such as colds and flus. Here are some tips on how to stay healthy […]

Blog Post: Off-season training and activity Fall is upon us. The days are shorter and nights are cooler. I really love this time of year. In Colorado, the air is crisp and clear, but autumn can be short here 90 degrees one day, snow the next and we’re onto winter! Off-season training: what does it […]

In my racing days, ice baths were THE non-invasive, non-pharmaceutical option to speed recovery after a hard training session or race. My running coach told me to do them and I really felt they helped me recover faster and decrease muscle soreness. In the past 10 years, studies are starting to show that ice baths […]